Previously, I posted some pictures of the modular XR-Spectra coil. Two of those coils are held in place by a base printed circuit board (PCB) at the bottom. The two coils are connected, series opposing, for a humbucking configuration. The outputs are sent to a 4-pin, 2mm header connector at the bottom, with pins for coil-, coil+, middle-coil, and ground. Three Neodymium block magnets are placed at the bottom, with the magnetic field coupling through the two rails in a U configuration where the top of the rails having opposing north and south polarities with an average flux density of around 160 gauss (16mT), measured 3mm from the top of the rails (approximate distance from the strings to the top of the rails). 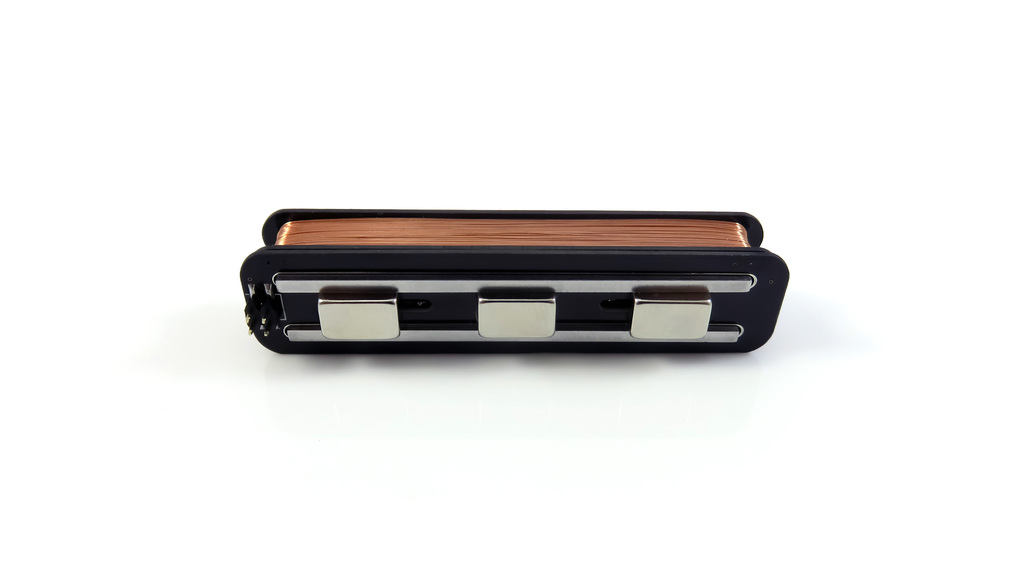 For comparison, the Fender Stratocaster single coil was measured to have a flux density of around 217 gauss (22.5mT), measured 3mm from the top of a pole. The comparatively lower flux density was deliberately chosen to minimize the stratitis effect (warbling sound with dissonant frequencies heard as you play further up the frets, which happens when the pickup is adjusted very close to the strings).

Here’s another view of the double coil assembly: 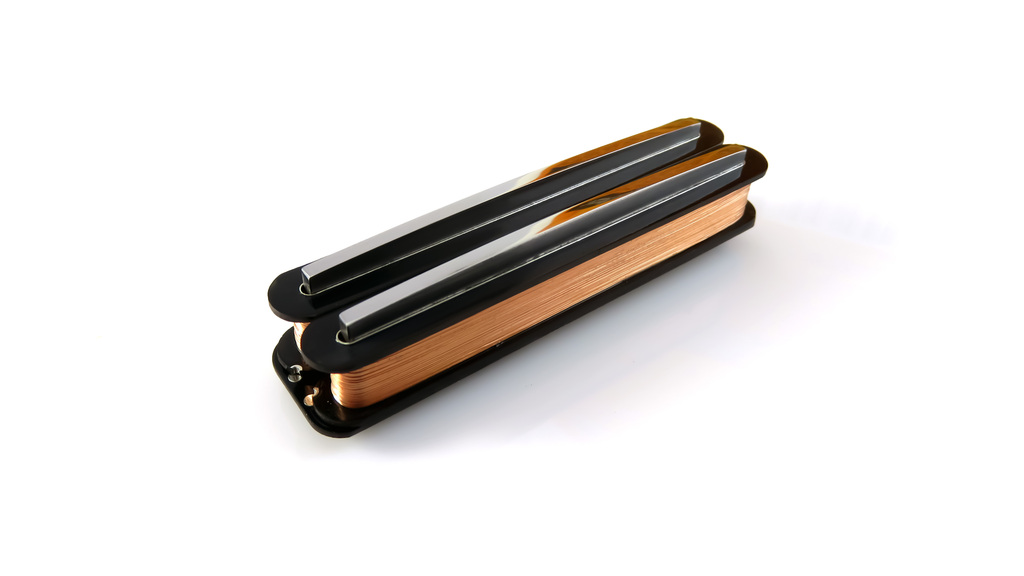 Thanks for the pictures Joel.

The string pull from the Les Paul Recording pickups (which are also Low-Z) is pretty significant, and I had some nice Lace Alumitone pickups that mitigated this to some extent with their wide flat magnets and sensitive but unique current-driven transformer-like pickup that unfortunately has a resonance around 5kHz, so if the XR Spectra has the flat frequency response and low string pull advertised then I know from experience that they should be something special.

Can’t wait to receive a set of the XR Spectra V2 pickups!

This is the best mono pickup we’ve done so far. I’m quite proud of it. Countless tests have been done and the current breed, evolved, passes the tests with high marks. The final tests were done this week: spectral response and microphonics. Now we’re ready to ship!

Thank you for your patience!