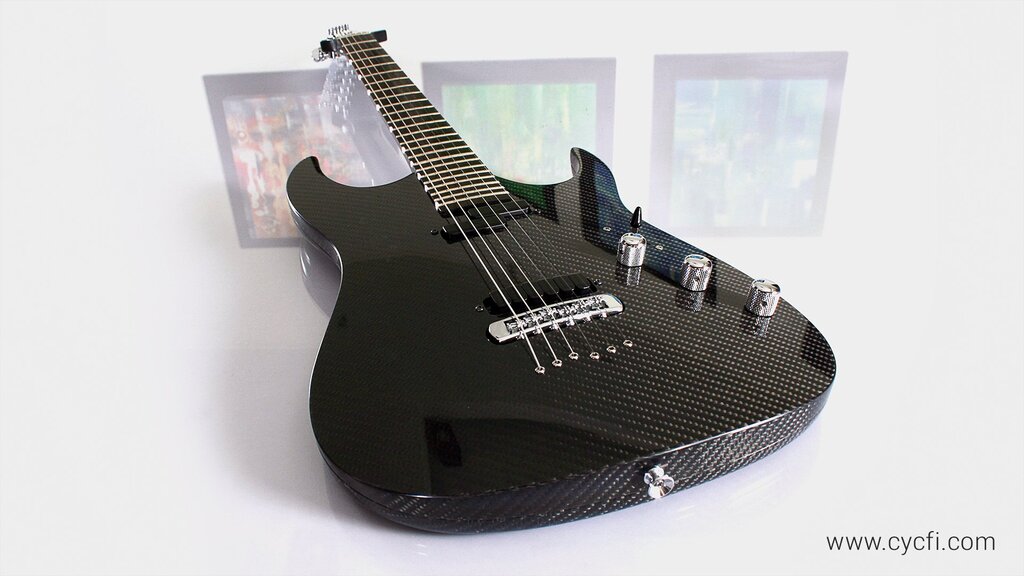 I am a craftsman and an artist, above everything else. After more than a decade’s worth of research and development, I am delighted to announce that my masterpiece Thor — a carbon fiber and hardwood hybrid concept guitar with cutting-edge electronics and infinite multichannel sustain — is now raring to reach you.

Thor is now officially available for preorders. Email me and be the first to own this one-of-a-kind concept guitar. The complete turn-key system, including the Nexus-GK set is $3600 (excluding shipping charges). I will accept a 50% deposit (via PayPal), with the other half payable upon completion.  No more than 20 units will be built in the next 6 months (the production lead time).

Purchasing Thor will make you an official sponsor of the Infinity Project, an ongoing quest as presented in its white paper. Your sponsorship will mean a lot. Ultimately, it will fund further hardware and software developments beyond what is currently already achieved. As a bonus, and in addition to receiving a complete Thor package, this will also give you preferential access to current and future developments of the Ascend multichannel processing project — the software component of the Infinity Project. We’ve only just begun. There’s a lot more in the pipeline.

Together, let us bring the guitar to the 21st century!

Thor is a concept guitar following the design philosophy of the Alpha project. The goal was to bring the guitar into the 21st century. Thor is constructed using carbon fiber and traditional hardwood. Thor has multichannel (polyphonic) sustain with multichannel outputs with one pickup per string. This opens up an entirely new world of possibilities, including extensive per-string audio processing and synthesis.

I’m pretty sure the first thing you’d want to ask is how does it sound. One word: phenomenal! It’s nothing like you’ve heard before. It’s built around the well-established Nu-Multi system and Nexus system refined over the years, and lay the foundation for the Infinity system incorporated in Thor.

I prepared a few short sound clip demos that I will post following this announcement, along with explanations on the signal processing involved.

Over the next 6 months, we will build the first 20 Thor guitars. Details of the development will be posted here. There is zero risk. At this point, the technology is very mature. I made sure that everything is perfect before this announcement.

The only potentially disruptive concern is the current global chip shortage. The microcontroller (MCU) used in the current Thor prototype is unavailable due to the shortage. I had to find an alternative MCU suitable for the task. Indeed, I already found one, but then I’ll need to redesign the circuit board around the new processor. Other than that, there may be other unforeseen supply issues, such as unavailability of certain parts. These will be the challenges that I need to contend within the next 6 months. The worst-case scenario will be a delay in completion.

There will be some very minor changes before the final release. For example, I am considering fiber-optic dots for the markers instead of square plastic LEDs. You are welcome to take part in the discussion as such details are finalized.

You can find some pictures below. I will provide more details, including technical information, in a subsequent post.

Click to zoom in and view the details. I pay utmost attention to details.

Amazing piece of craftsmanship! Can’t wait to hear it!!

“I am considering fiber-optic dots for the markers instead of square plastic LEDs.”
YES!

The jury is still out there. But thanks for your vote!

Btw, what are the fret markers used for?

I’m not sure I understand your question, Chris. Do you mean the lights, or the position markers? All guitars I know have fret markers.