Jinmo is an artist who actively engages in expression activities in various fields such as auditory arts and visual arts, transcending the differentiation of expression forms by the five senses. Come and visit his web page here: http://www.jinmo.com/index.html

Cycfi Research has developed a 10-String Nu-XR combo for Jinmo, for a special Jinmoid-Guitar to be made by Basslabs in Germany. Basslabs exclusively makes guitars for Jinmo. Research and development is never an easy task. It took some time, but the wait was all worth it. Now I present Jinmo’s Nu-XR2 Combo: 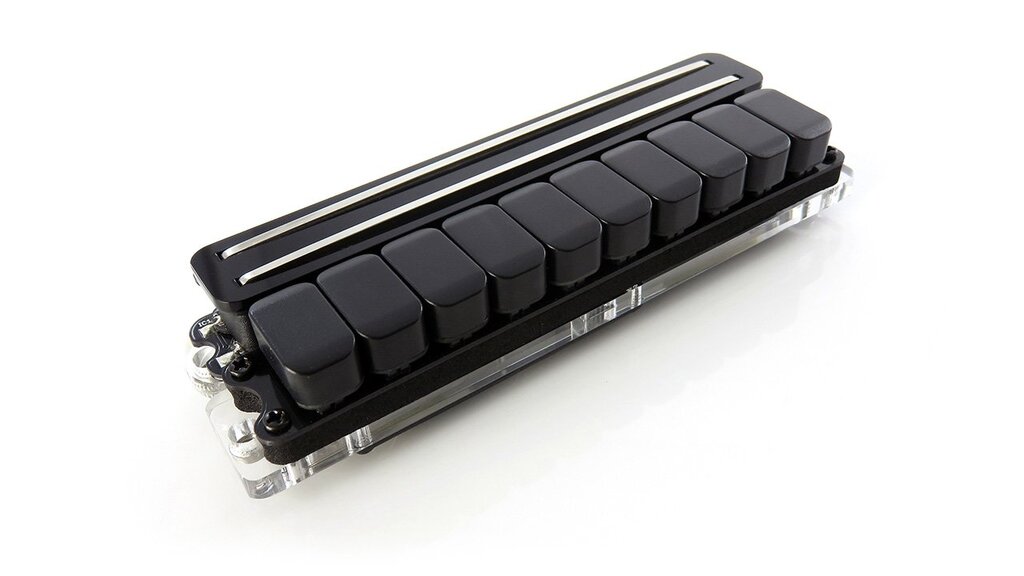 We’ve done 10-string Nus before, even 12-string Nus. The XR2 is not even in production yet, but I decided to graciously build one for Jinmo as a testament to the design of the upcoming XR2. This event also marks the introduction of our new in-guitar mixer: 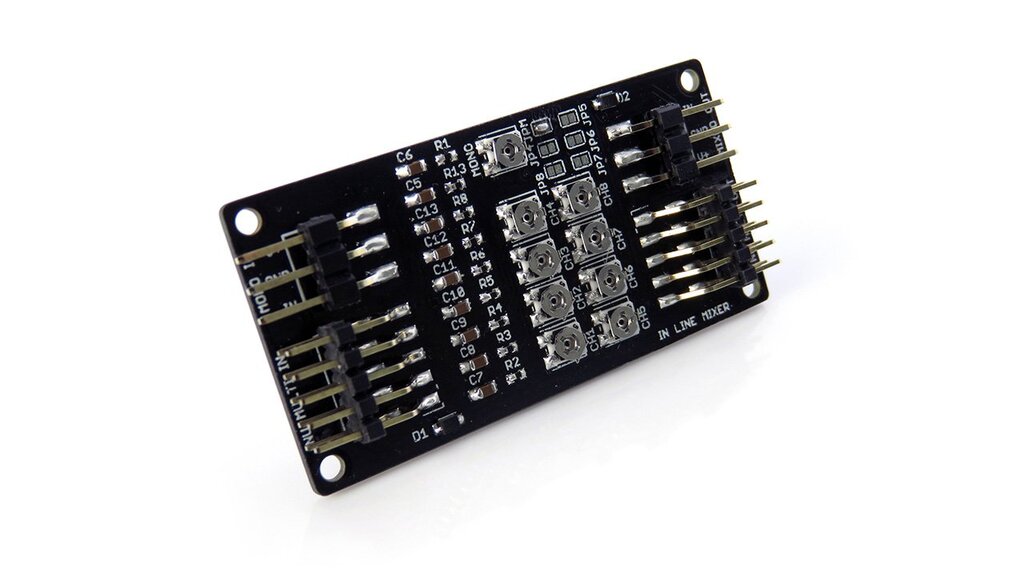 It is a small 8-channel mixer for the Nu-Multi, small enough to fit inside the guitar. There’s a lot of demand for such a mixer from the Cycfi community. I hesitated to provide such a mixer because the Nu’s are designed primarily for multichannel. The Nus sit in a precarious place in the signal path before high gain stages, and any type of mixer can exaggerate any noise by the number of channels that you use. That is why I still recommend using a monophonic pickup for day to day use through your outboard gear and amps and use only the Nu for multichannel.

That said, there are indeed many practical uses for such a mixer, especially if you 1. Don’t need to mix many channels 2. You only expect to have clean outputs or maybe with moderate gain only afterwards and 3. You know what you are doing :-). In Jinmo’s case, we are mixing only 3 of the Nu channels (only the lowest three plain strings) along with the output of the XR2 to balance out with the rest of the heavier gauge strings.

This mixer will also be available in May, so stay tuned.