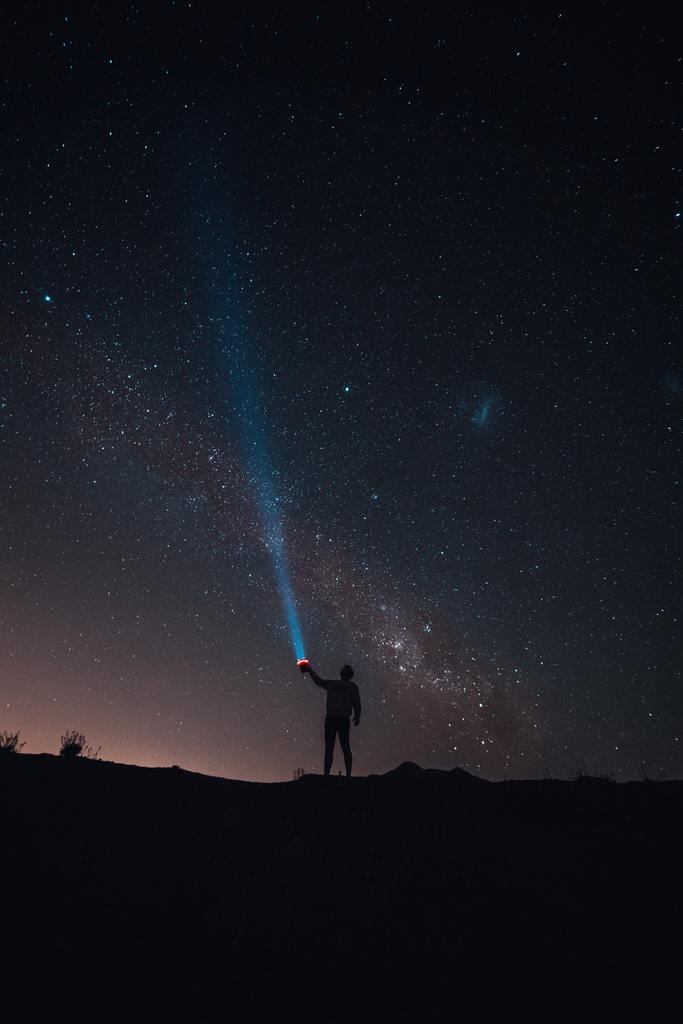 The photo below captures the never ending search for paths that may bring me closer to my goal —that elusive dream, ever so vivid in my thoughts when my mind wanders into the realm of infinite possibilities. All the while, there’s that impatient child in me, incessantly nagging; “Are we there yet?”

If I have to capture that goal in a word, that word is expressivity —being able to express deeper emotions with an instrument that can go beyond its known natural limitations. Expressivity reminds me of an interview I read (was it in Guitar Player?) with Allan Holdsworth, if my memory serves me right, titled “Guitar like a Saxophone”. He was talking about the Synthaxe: A rather odd-looking guitar-like MIDI controller. That was in the 80’s, and I was so excited about the possibilities.

“I had wanted a saxophone, I didn’t really want the guitar, but saxophones were pretty expensive in those days, relative to a cheap acoustic guitar. My uncle played guitar and when he had bought himself a new one he sold his old one to my father, who gave it to me. That’s basically how it started.”

The 80’s was a decade of innovation! The Synthaxe was great for what it is and what it can do beyond what the guitar can do. But after some time, I realized, nah, we’re not there yet. As exciting as it was, it is not a guitar.

What the Future Holds

I knew from the start that the key is in processing the raw sound of the guitar, instead of synthesizing sounds from note events acquired from switches and sensors. My father was an electrical engineer, and I got to read early on, from his books, about computers and signal processing. I got to build analog effects, but I kept telling my friends back then that, in the future, all of these effects can be done using a computer, and then more, so much more. They look at me with blank stares. No one here really understood me. Perhaps I was born in the wrong country? I do not know. But I keep on wondering what would have happened if my father took that offer to work as in instructor in a university in the U.S. Instead, he chose to be an army officer.

It was the 80’s. The distortion box I built (a tube, opamp hybrid) was a good start. It was funny my father asked me why the sound of that “thing” I built was awfully distorted. He builds balanced amplifiers and analog computers as part of R&D, and he knows that distortion is something you, as an EE, will want to minimize, if not eliminate. “Oh, that’s intentional”, I replied. He looked at me with keen curiosity, mildly befuddled.

That distortion box got me thinking, consuming me. What does it do to the sound? I realized that at a high-level, it does two things:

And there’s that intermodulation when picking two or more strings, which can be kinda cool, esp. that growl with low string power chords. But there’s no way to form chords beyond octaves and 5ths. Each string should be processed separately.

With multichannel processing of strings and separate control of envelope and timbre per channel, we can vastly expand controls beyond Drive/Distortion and Tone/EQ. We can learn a lot from the world of synthesizers.

So that was my goal, and the journey that I will eventually embark on.

Fast-forward 2020. What a year! I do not even know where to start! Nevertheless, I promised myself that I shall not dwell on the negatives. I cannot be sidetracked by the events that 2020 brought.

The aim is to separate envelope control from timbre control, independently for each string.

For envelope control, the initial objective was to have clean (distortion-free) multi-channel infinite sustain. You should be able to form chords that will sustain indefinitely, with all articulation intact. This is satisfied by the Infinity project —an endeavor that took many years to realize. Once we have the guitar sustaining indefinitely, we can later sculpt the envelope to whatever shape we want.

While Infinity provides sustain, sculpting the envelope can be done using digital signal processing (DSP). I have ADSR (attack, decay, sustain, release) code; work in progress. The tricky part is error-free onset detection, which may look easy, but is deceptively challenging. Meanwhile, discovered in the course of R&D came some rather innovative means for envelope shaping outside the ADSR paradigm. I hope to share them when things settle, but one step at a time. I am not sure yet, but there’s this instinctive feeling that I should move away entirely from the note-on-note-off paradigm. Traditional ADSR control still relies on note events —natural for keyboard type instruments with switches, but not quite for the guitar.

Timbre control is also a function of DSP. This is where it gets interesting, and one that consumes a significant portion of my time. I wrote a DSP library, called Q, for research and development in this area. Bits and pieces; ingredients that I plan to use are being developed there.

All DSP components will fall under the Ascend series.

Ascend VPU is the first in the series because in my mind, the ideal setup, as seen in the Thor prototype, is a single Nu Multi pickup at the bridge. Ideally, essentially, and practically, that is all you need. Practically because one current limitation of Infinity is that there needs to be some space between the driver (placed near the neck) and the pickup. The Infinity driver emits strong (albeit clean and coherent) magnetic waves that will interfere with and overwhelm a pickup nearby. So, a pickup near the neck is not possible at the moment.

I have an early prototype of a device that can cancel the interference emitted by the Infinity driver, but I don’t want to get into that now, for the sake of simplicity and focus. Yet, as a matter of future preparation, I made it a point to make the Infinity driver signal as clean as possible. For instance, I refrained from using more efficient, but noisy, class D amplifiers. A clean, well-defined signal, is easier to cancel out.

For now, in my selfish use-case, I only need the bridge Nu Multi. That being said, it is still possible to add an extra monophonic pickup beside the Nu Multi, as long as both the Nu and the extra pickup are placed as close to the bridge as possible.

A series of incremental products emerged, borne out of practicality, as means to achieve the objectives. The Nu Multi was the first installment towards the goal, followed by the Nexus. These incremental products are what’s termed as minimum viable products, or MVP: products with just enough features to be usable. The concept of the MVP is a safe strategy, although it presents a much longer path towards completion. It would have been nice if I had enough resources, and man power(!), to achieve my goals, but it would have been a lot riskier. Instead, I chose to subsidize the project without outside financing and only from my consulting work.

I stubbornly persist, although I knew from the start that this is a niche project with a very narrow focus and audience. I always feared that there will not be enough interest to make it sustainable. There’s always this lingering doubt that I am chasing an impossible dream.

Yet, despite 2020’s downsides, we are seeing some growth, thanks to those who supported, and continue to support Cycfi. That would include YOU(!) for reading this far. Our success relies on a thriving community, with common interests. We don’t engage in any fancy advertising, other than FB ads every once in a while. People get to know us primarily through word of mouth, through social media and the online forums. We rely on you to spread the word. Therefore, growth means we’re doing something good… and right.

Hopefully, the growth will continue throughout the journey until we finally meet the goal.

Let me reiterate and emphasize my gratitude with all sincerity: THANK YOU for supporting us!

Passionately and sincerely yours,
—Joel