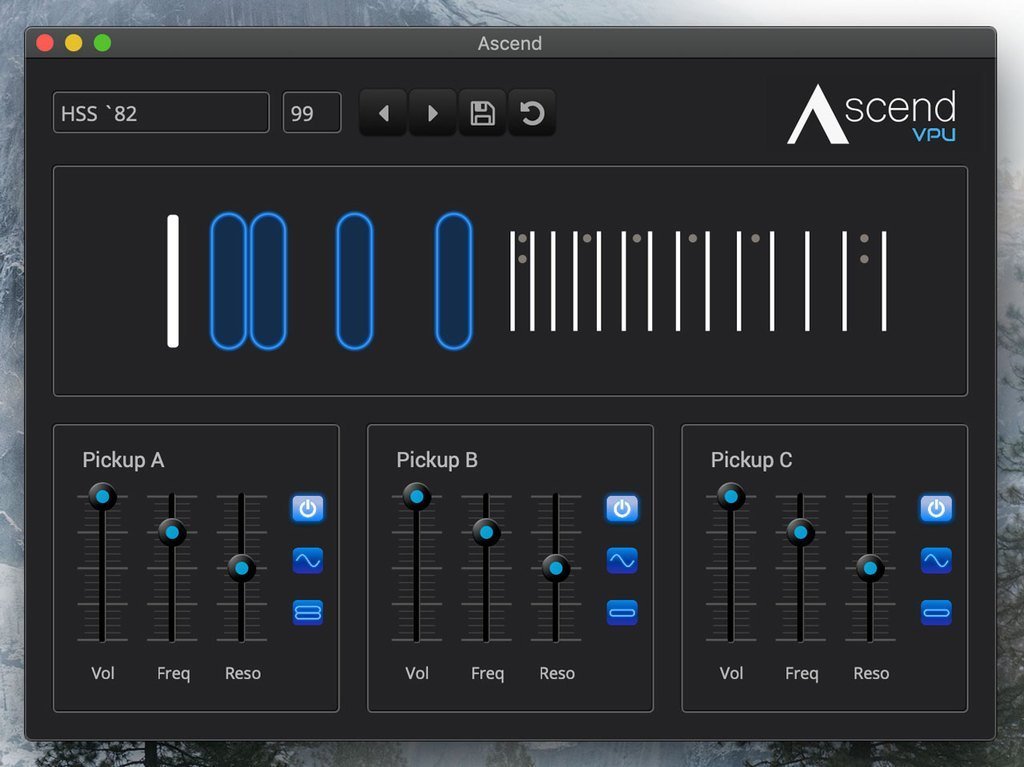 Allow me to introduce Ascend.

As mentioned in my previous post, the Infinity project spun off into two parts. The hardware part will keep the name “Infinity“ while the software part is renamed “Ascend”. The software component, a few years in the making (on and off as time permits), originated from my original Virtual Pickups articles series (part1, part2 and part3) and this post: Infinity Control Panel.

I will move into a new software model where infrastructure libraries for Digital Signal Processing, Graphical User Interface, The Vector drawing library (yes, that’s a resizable HDPI GUI from the get-go!), etc., comprising 90% of the code, will remain Open Source with a liberal license (MIT) that allows for commercial use. The remaining 10% ⁠—the main application, will be closed source and released as binaries only, using a paid subscription model.

In other words, you get the kitchen for free, you can make your own food, but you pay for food prepared in the restaurant. And I am your chef 🙂

These infrastructure libraries are designed for reuse. My expertise, and one that I’ve been doing for well over 30 years, is library development, specializing in modern high-performance C++. The idea is that applications can and should be broken down into smaller libraries using a library-driven approach. It takes longer to develop a well designed library, especially if it is meant for reuse, but in the end, you have a significantly more robust system, compared to a monolithic application.