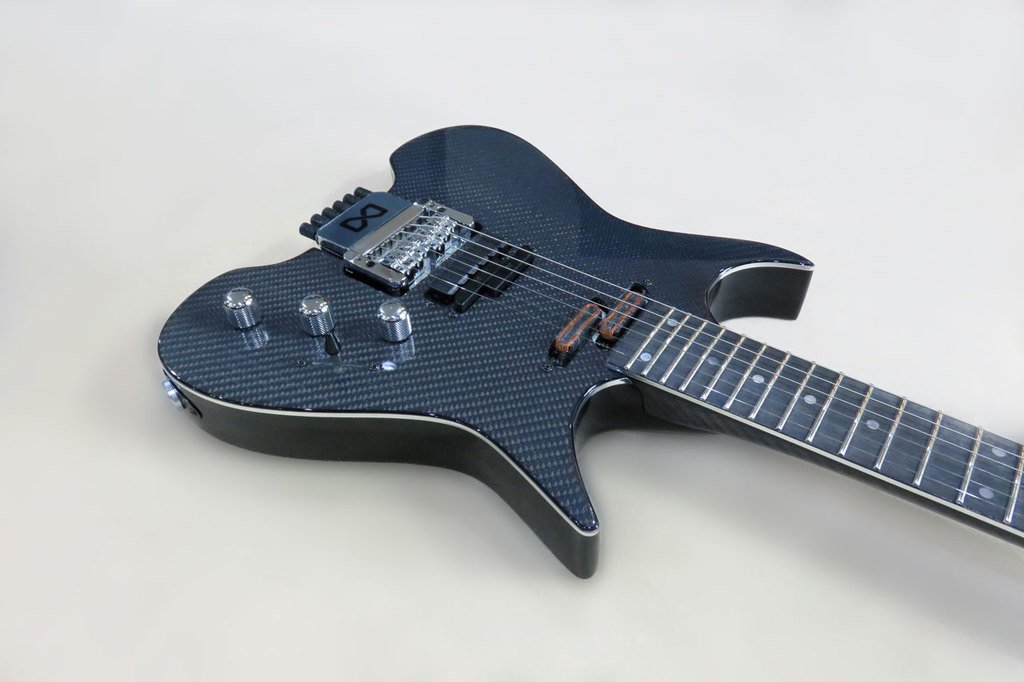 My holy grail… It’s been on the back burner for far too long since after its inception in 2014, giving priority to other projects such as the XR and Modula. Now, I decided to give it some focus. And so I’m pleased to present a more-or-less refined prototype. It’s about time! It’s not yet perfect, but we’re getting there.

For those of you who just tuned in recently, here’s a brief description of the Infinity project, as written in the initial post about it:

We want to push the limits of what we can do with the electric guitar. The Neo project (now the Nu) is a stepping stone towards our goal. And from the very start, our goal has always been polyphonic sustain. Polyphonic sustain, plus extensive processing for each string, will give us musicians full control over the dynamics of the guitar.

You can see the sustain driver coils intentionally exposed (and zoomed-in below). These coils won’t win any beauty contest, hey it’s still a prototype, but they are functional, fine tuned and well optimized over the years.

What? Only two coils? How can we have polyphonic sustain with only two coils? That is the mystery and the subject of a provisional patent that I applied for last year, that I decided not to pursue. I’ll explain the rationale along with the tech behind these coils and the software that drives them. So, watch this space…

This guitar, by the way, is a headless, Maple-Carbon-Fiber neck with Carbon-Glass Truss rod, like the one we used in the Alpha guitar. That neck is as stable as a rock! The body is alder with Carbon-Fiber top and my favorite chrome trims. You can also see the Nu multichannel pickup plus a Modula pickup near the bridge. There’s a 5-way patch-select switch, control voltage for volume and multi-functional MIDI-CC and a third parameter control for the sustainer. Not shown is an OLED display for the user interface. 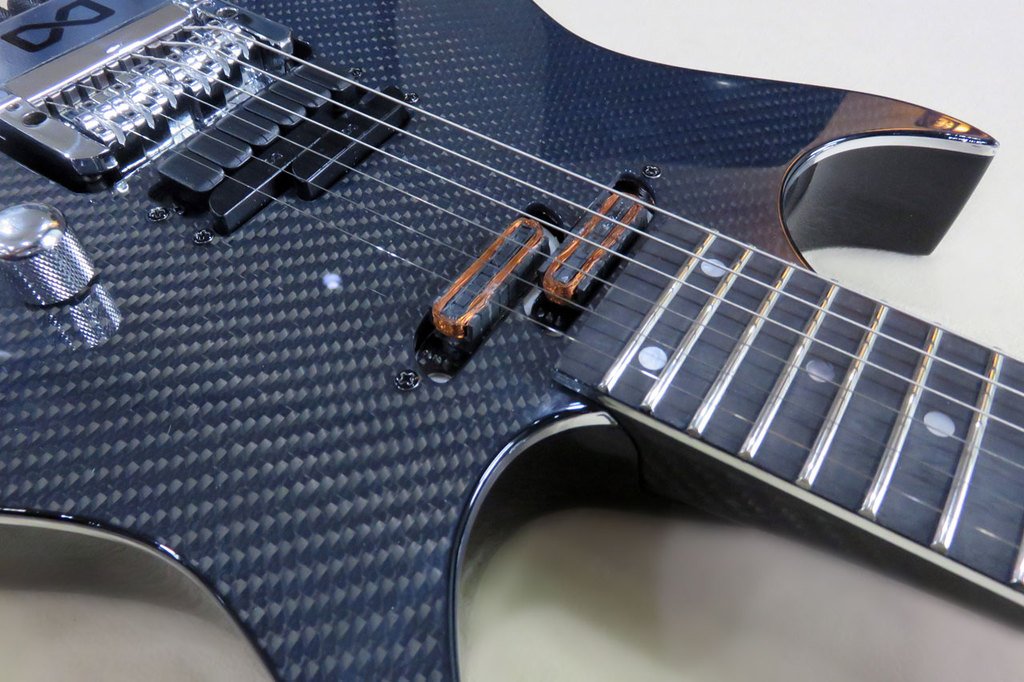