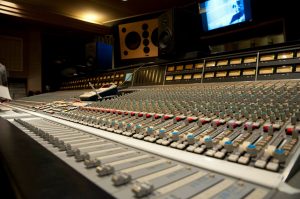 An often asked question about the Nu modular pickups is about mixing to mono, or even stereo. The typical assumption is that, just like any other active pickup, you simply tie the outputs together to have a summed output. But not so fast! With 2 or 3 pickups (typical guitar setup), you might be able to get away with passive mixing. But mixing anything more than three channels is not a simple task and cannot be overlooked.

There are problems with passive mixing, as opposed to active mixing where you use a summing amplifier to mix the inputs. This nice article about Audio Mixing by Rod Elliott (Elliott Sound Products) explains in detail why.

There’s a reason why premium mixing consoles are very expensive and the same reason applies here in the case of mixing the Nu modules. As the number of channels increases, so does the broadband noise (hiss). The Nu is in a specially complex situation because it sits right in front of a possibly long chain of effects with potentially extremely high gain provided by your tube preamps, compressors, distortion and overdrives. Any extra noise added in the mixer will be multiplied by up to 100x or even more.

We do have a solution for this mixing issue in the Nexus box. It is not a cheap-o mixer, and so we are making it an optional daughter board. Not everyone needs to mix to mono or stereo. I personally don’t. My use-case has always been direct to the audio interface or digital mixer, possibly using the digital audio workstation (DAW) for mixing to stereo which is infinitely more flexible.

I had to use only high grade OpAmps and ultra low noise buffers for each channel. We’re using my favorite OpAmp: the OPA209 (the same OpAmp we use in our Resonant Filter with 2.2 nV/√Hz noise figure and 0.000015 THD). Check out our OpAmp shootout page, if you haven’t done so yet. That specs put it in the audiophile category!

Notice the board at the left. That’s our mixing board which allows you to route any of the 12 audio channels to stereo. Right out the box, we have switches that can assign any of the input channels hard left or hard right. All the pins are available, so you can, for example, add channel level controls and even pan controls if needed. You can even insert EQ controls and effects. It’s very hackable.