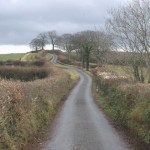 I’ve been asked many times: What time frame are we looking at until the release? To be very honest, as of now, it’s quite a struggle to give a definite answer, so I’m opting instead not to give any promises. Optimism aside, and notwithstanding the fact that I have high hopes for this project, the reality is, although we are having fun while doing a splendid job at Research and Development, concocting these cool prototypes, it is turning out to be a rough ride when it comes to Production. We are always “almost there”, but not quite getting there yet! There were a few small but devious creatures lurking in the details!

Having said that, if there’s one thing I can say with reasonable certainty, I’d say the coils are just about perfect now! It was such a bumpy ride. We had to redo the first batch of coils at least twice! Here’s the story behind the coils.

We use Strat-style pickup flatwork. Initially, we use a printed circuit board for the outer (visible) side and laser-cut plastic for the inner (hidden) side. The stresses of a tightly wound coil sometimes cause the structure to warp due to the imbalance in rigidity of the outer and inner flatworks. PCBs are more rigid, being reinforced with fiberglass. Not all manufactured coils were warped, yet I decided to scrap the full batch just to be sure. There was this nagging fear that the coils might warp in the future. Lesson learned. Now, we use PCBs on both sides.

These are very thin coils, measuring 5mm (0.2″) thickness. Compared to traditional coils, it is a lot more difficult to wind such small coils. We had to automate our coil winder design and add tension adjustment and automatic scatter winding (using an unsynchronised servo). We needed to wind hundreds of coils. Without the improvements, it was difficult and time consuming to manufacture consistently wound coils.

The tension adjustment also helps in preventing warpage with the right amount of tension. As they say, knowing the right amount of tension is what separates the men from the boys. Automatic scatter winding is not just a nice touch. It is absolutely necessary when winding small coils. Without it, it is extremely difficult to control magnet wire build-up with less than 5mm clearance. It is possible to program a random scatter pattern, but a simple back and forth movement is sufficient.

Then there’s the issue of potting. Initially, we used wax —traditionally used for potting pickups. The wax caused problems with coil tape adhesion and we found it difficult to reinforce the structure with epoxy.

Wait, I know what you are thinking: why not use epoxy for potting in the first place, you say? Actually, we do that with the small Neo pickups. The problem was that wet vacuum impregnation requires submerging the whole structure in epoxy. There’s too much excess epoxy. Simply allowing excess epoxy to drip gives you an uneven surface which, to me, is aesthetically unwelcome. On the other hand, cleaning up the excess epoxy is laborious.

Solution: Apply just the right amount of epoxy where it matters:

A small syringe is the perfect tool for precisely applying just the right amount of the epoxy. We use low-viscosity laminating epoxy formulated for carbon fibre composites. Epoxy soaks into the coil through capillary action (wicking) until it is fully saturated. Then on to the vacuum chamber to make sure there are no hidden bubbles and all voids are filled:

This worked like a charm! We have a small jig for testing each coil for microphonics to make sure the coils will never squeal at loud volumes. The epoxy impregnates and encapsulates the coils, making them very rigid and robust.

The initial 3D design was meant to showcase the pickup structure. My idea at the time was to place the assembly inside some kind of enclosure.

Then someone wanted to have the pickups installed open-coil. Sure, why not, right? The only problem is that the coils are visible due to their side-wound orientation. The ugly coil tape, which is typically hidden in traditional-wound pickups, is now very visible. I thought it would be a good idea to wrap the coil with a nice looking cover, as seen here:

That was a poor decision! The cover was flimsy and adhesion was very bad! Using the wrong adhesive resulted in this tragedy:

The adhesive shrank over time pulling the cover inwards. This happened just as I thought we’re almost ready for release! Bottom line: we had to redo a batch yet one more time. It was a major setback, but I’m glad that it happened before our release. The extra time gave us this chance to make sure everything was as robust as possible.

Now, I decided to simply go back to the original design without this flimsy cover. They look good and should last a lifetime. Go ahead and click the pictures below to zoom in!

So, when will we be ready for release? I’d say in due time. I want to make sure everything is smooth and perfect before we do. There are still heaps of things to do that are easy to overlook, such as documentation. The tech itself is solid and well tested. Hopefully the issues mentioned above are the last remaining hurdles to overcome.

This work is licensed under a Creative Commons Attribution-ShareAlike 4.0 International License.