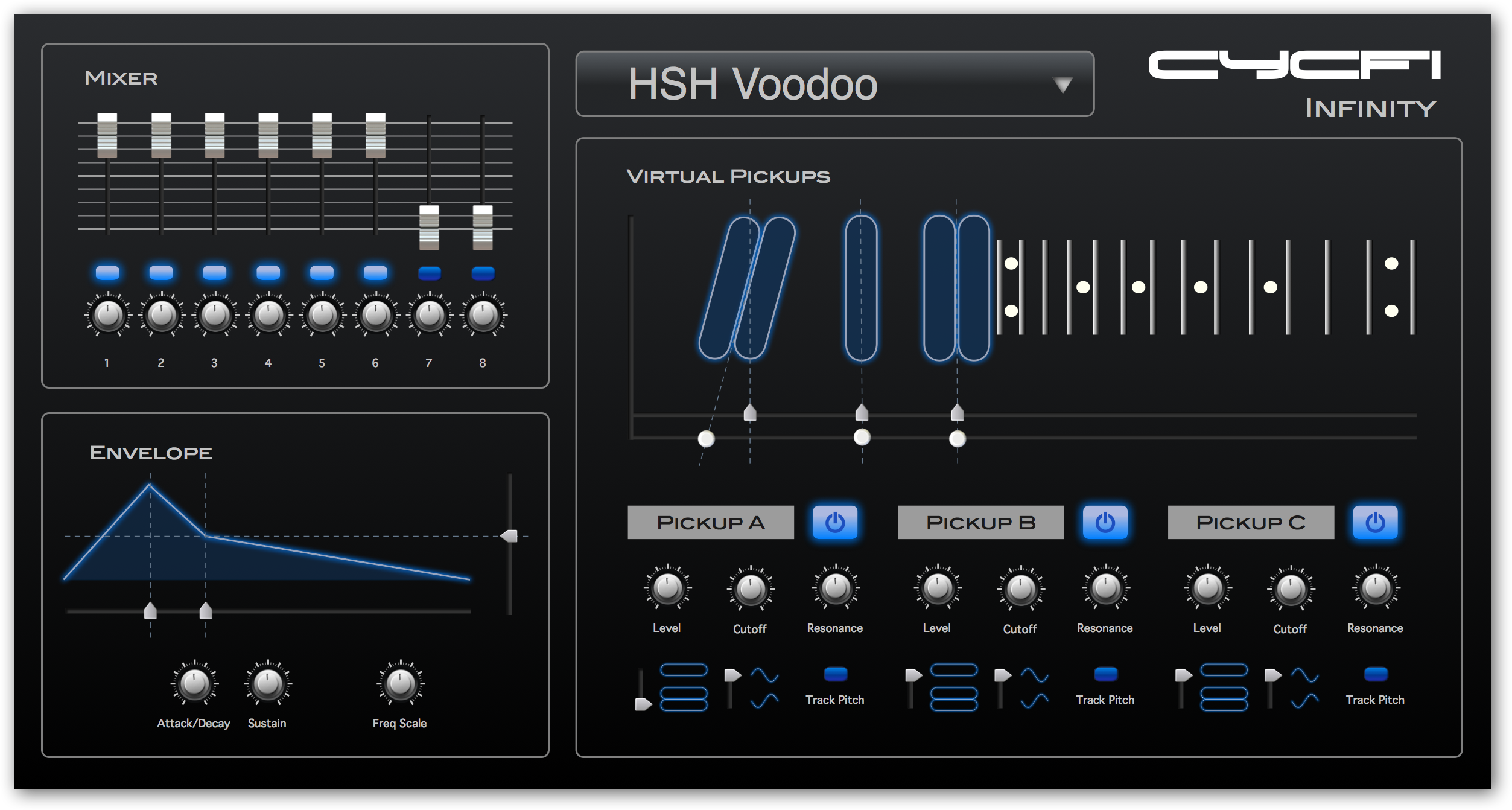 After a few iterations using my favourite graphics tools (Photoshop, Illustrator, iDraw, and Solidworks (for anything 3D)), I think this is the minimal interface I really like. I prefer using 3D CAD software for designing GUI controls even if in the end, you won’t really see the finer details once the images are rendered to a 72dpi screen (see slider at the right).

I love solid modeling and Solidworks is simply irresistible, once you get to know the software. There’s also this nice Java app for designing knobs called KnobMan. It’s so nifty! And it’s free. it’s so useful I didn’t hesitate to donate, never mind if it’s written in Java (argh!). I used KnobMan to design and render the sprites needed to animate the knobs.

We’ll improve this interface incrementally over time. Additional features I am excited about are:

What else? If you have something in mind, tell me what you think!

If an advanced tab is present, Each string should be mappable independently. Savable presets would also be useful.
If you’re doing convolution and impulse response, why stop at classical guitars? Violins would be cool too

There’s a lot of possibilities with convolution indeed, Asher. Anyway, let’s take this one step at a time 🙂

Oh, and yes, savable presets is a given, in a software based system.