I am a strong advocate of Open Source. I have authored three Open Source C++ libraries, Boost.Spirit, Boost.Fusion and Boost.Phoenix. These libraries are all peer-reviewed, under the Boost Libraries umbrella, for which I have been active since 2001. So, you give away your time and effort to develop this cool C++ code and let people review your code through the Boost Review Process. Once you pass the review, you maintain your code and provide technical support. And you do it all for free! When I first started going down this path, I’ve been told numerous times that I must be crazy, that instead I should protect myself and not expose my work for everyone else to “steal” and that I am crazy to give it all away for free. Hah! They just don’t get it. 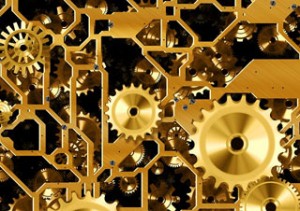 It was in the late 90s when I started writing Open Source Software. Fast forward to 2013, now everyone knows that Open Source works and has become a revolution that eclipses even the mightiest software giant. Now, there’s a new revolution coming our way. Open Source Hardware is here! I knew it was coming, it just took more time to build enough critical mass for the movement to become mainstream. Unlike software, developing a hardware project is a lot more involved. Unlike software projects which require only a PC, a free text editor and a free compiler, with hardware projects, you need lots of equipment. Then you need to buy the parts, design and build your prototype, test the prototype and iterate over the design, ask a PCB manufacturer to produce the PCBs, design the enclosure, find a suitable plastics manufacturer to produce the enclosures, and so on. And in most cases, hardware projects also involve software development as most hardware projects now use MCUs.

I am a DIY guy. I love building stuff. I got into electronics and then computers because first and foremost, I love music and In my early years as a musician, I got inspired by people like Craig Anderton, whose articles  (DIY electronic projects) I read in magazines such as Guitar Player and Electronic Musician, and Brian May who, together with his father, built his own electric guitar which gave the band Queen its own unique sound. This same DIY culture fueled the rise of Open Source Hardware. This is evident in the popularity of DIY sites such as Make, Hackaday, and Instructables.

The electronics projects we will have here, starting from the Six-Pack hexaphonic pickup project, will be entirely Open Source. The designs (schematics, PCB layout, software, bill of materials, CAD drawings and source code) will be freely shared, 100% free, under the Creative Commons Attribution-ShareAlike 4.0 International License.

Hear hear. Couldn't agree more about open source! It truly does apply to everything and not just software. When do we get open source government?